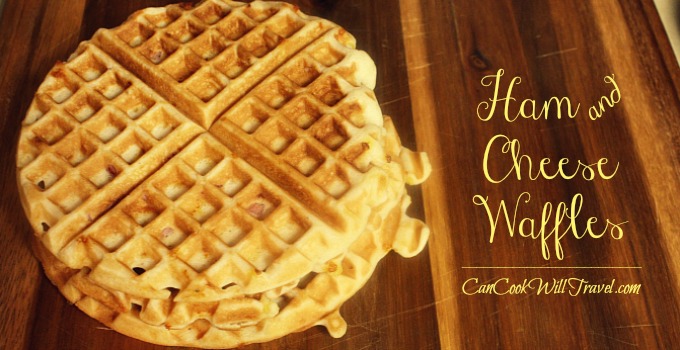 Yep, you read that right, my friends…Ham and Cheese Waffles were on the menu this week. It was starting to get pretty darned chilly the past few days and I wanted something comforting…and let’s face it, does breakfast for dinner ever not sound amazing?! 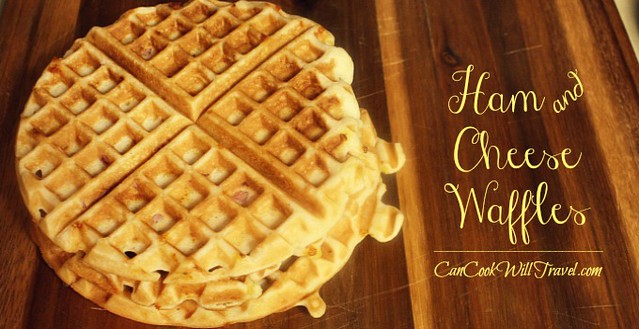 I also have to share a recent fascination I’ve had the past few months. Do you know the actress Haylie Duff? I may have caught her in a few Hallmark Christmas movies over the years. 😉 Well I happened upon her cooking show on the Cooking Channel and kinda got sucked in. It could be the amazing California sun and fresh produce and ocean that initially hooked me, but I loved her take on simple, fresh, easy cooking.

And the one type of book I’ll still buy in paper version, being the Kindle lover that I am, is cookbooks. I love the feel of them, the pictures, the flipping through to see what catches my eye. So when I saw that her blog, Real Girl’s Kitchen, was not only a cooking show but also a cookbook, I couldn’t help but try it. The cookbook is great if you’re a fan of her show or her blog. I love the personal stories about different recipes, and I’d been itching to try one, and that’s when her Ham and Cheese Waffles popped in my head.

This recipe was also an excuse to get to break out my waffle maker again. Plus the look on my parents’ faces when I told them I was making Ham and Cheese Waffles was classic. Thank God they trust me! And seriously this recipe couldn’t be easier AND we get to cut corners and cheat a bit which, after the crazy month I’ve had, sounded like a dream! 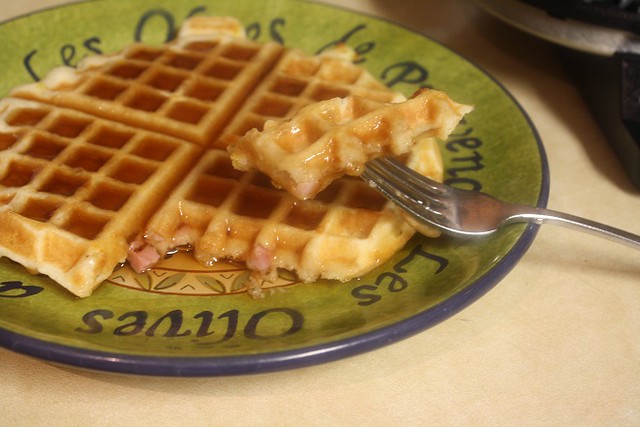 So just grab your favorite pre-made waffle mix from the store and whip it up. Then literally add diced ham, shredded cheese, and some pepper to taste. Combine and pop it in the waffle maker and start cranking out the waffles. Dinner is officially served! And I kind of loved that it also had meat in it, so there was no need to cook up some sausage or bacon…although that sounds incredible right now!

These were a hit, by the way! Not too savory and still had the necessary sweetness of waffles with a hint of interest with the ham and cheddar cheese. Top with your favorite syrup and enjoy!!

Click here to find the recipe and step by step instructions!

A look back:
One year ago: Creamy Mushroom Pasta with Caramelized Onions and Spinach – Goodness on a Plate
Two years ago: Brrrr…Homemade French Bread to the Rescue!
Three years ago: Cranberry Love