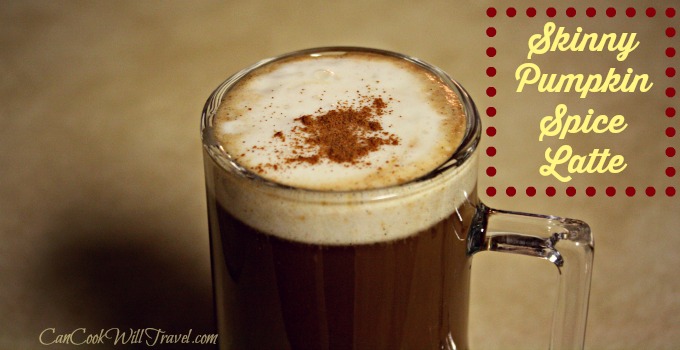 Tis the season of pumpkins and lattes, am I right? One of the lovely parts of it being Fall is that pumpkin spice everything is everywhere. I’m not a complete pumpkin fanatic, but it can be comforting and warm you up with the new chill in the air. So this week, I bring you a Skinny Pumpkin Spice Latte. I found this recipe on the Pop Sugar site which originally came from the site Eating Bird Food. 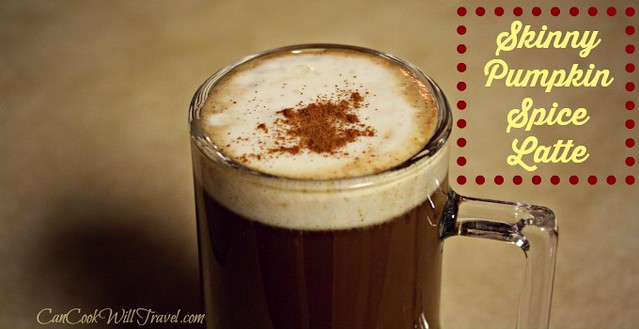 I no longer have a Starbucks (or any coffee shop for that matter) a few minutes away right now, so for those days when a pumpkin spice latte sounds tasty, I wanted to be able to make my own, because an hour and a half round trip for Starbucks is not happening. And I love the idea of knowing exactly what goes into my latte and this way I could make it low fat and low in sugar too.

This is my first post where I made a drink rather than actual food, so it was definitely a new culinary adventure. And it took a few tries before I could get this drink to work for me. I ended up tweaking the recipe a tad, because I was pretty determined to figure out how to make this latte.

Start off by brewing a cup of coffee. You could use a pumpkin flavored coffee, but I went with an unflavored medium roast blend. Then in a small saucepan, whisk almond milk and pumpkin puree (canned pumpkin) and heat for less than a minute. Remove the pan from the heat and add some vanilla, pumpkin pie spice, and sweetener (like liquid Stevia) and whisk it in. 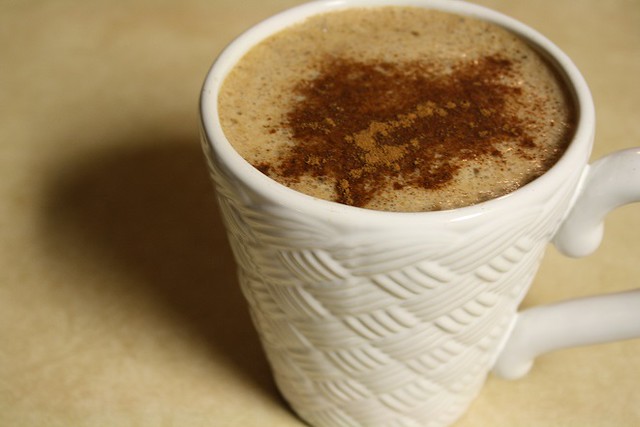 Another option if you have a frother is to use it in almond milk to create a foam and spoon it over the coffee. I did it both ways. The best foam was from the milk, but of course it didn’t have the pumpkin spice flavor that the milk and pumpkin mixture did. Both ways tasted great though.

One tip is to be sure you add sweetener to your coffee (if you like it sweet), before adding the pumpkin milk mixture as it isn’t sweetened much.

Overall after 3 attempts, I’d say this recipe was perfected. Can’t wait to have this drink in my arsenal this season! Click here for the recipe and step by step instructions.

A look back:
One year ago: Apple and Bacon Stuffed Acorn Squash Pretty Much Equals Fall
Two years ago: Broccoli Cheese Soup Becomes Fancy!
Three years ago: Officially a Fan of Meringue!