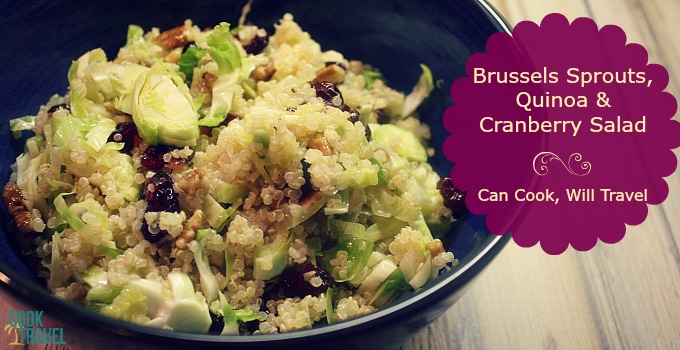 (Brussels Sprouts, Cranberry, Quinoa Salad recipe can be found on the site Gimme Some Oven here.)
Step by Step Instructions: 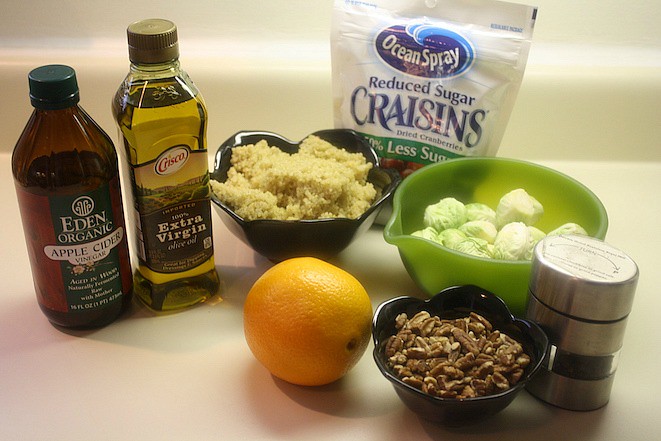 Brussels Sprouts, Cranberry, Quinoa Salad is a breeze to throw together for a healthy salad that’s on the table in no time. Here’s what you’ll need: Apple Cider Vinegar, Extra-virgin Olive Oil, 2 cups of cooked Quinoa, 1 pound of Brussels Sprouts (I’ve washed, trimmed the stemmed and removed the outer leaves of these), Dried Cranberries, Salt & Pepper, 2/3 cup of toasted Pecans and 1 Orange. 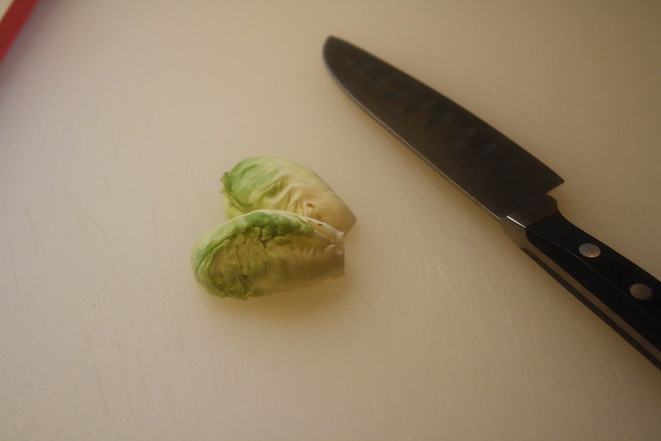 Start off by preparing the Brussels sprouts. First you’ll cut each sprout in half lengthwise. 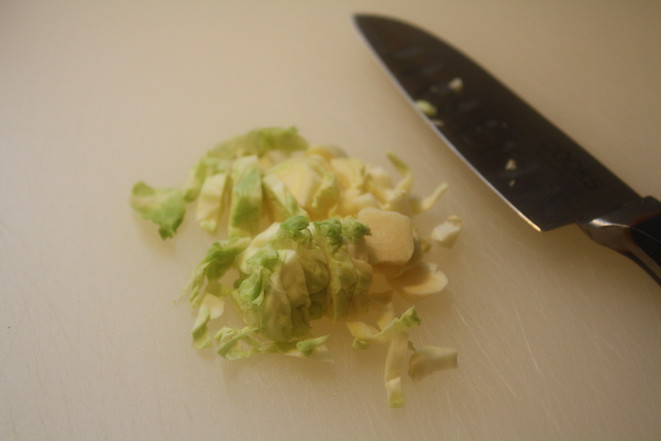 Then you’ll cut each half across thinly to shred them. 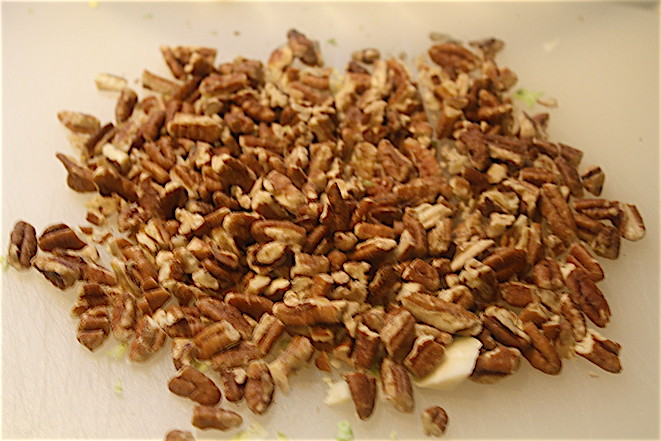 Then roughly chop the toasted almonds. (If you haven’t toasted yours, just grab a non-stick pan and heat over medium heat. Add the nuts to the dry pan and stir a bit. Once you start to smell them, remove them from the skillet before they burn.) 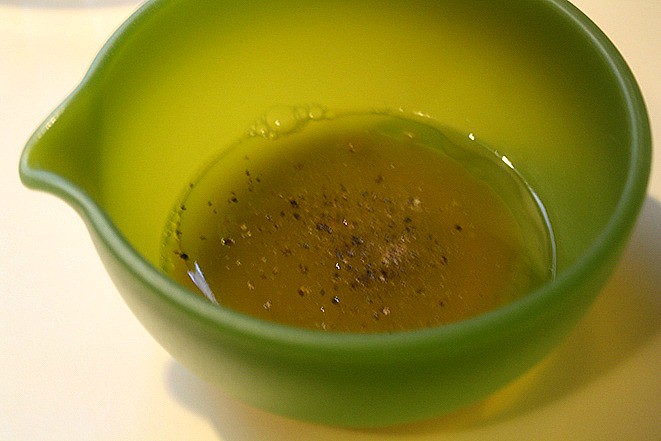 Then whip up the dressing. In a small bowl add 1/4 cup of freshly-squeezed orange juice (this was about 1 orange for me), 1/4 cup of EVOO, 2 tablespoons of apple cider vinegar, and salt and pepper to taste. 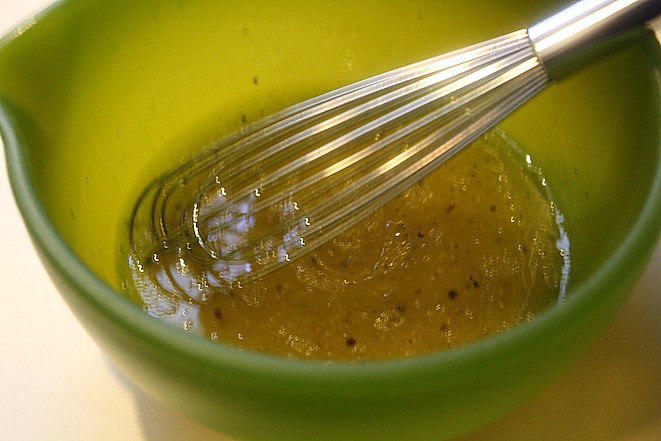 Then whisk it really well. 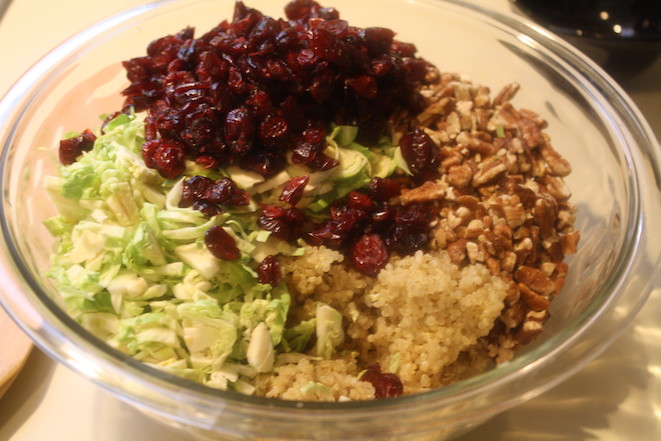 In a large bowl add the quinoa, shredded Brussels sprouts, 1 cup of dried cranberries, and the chopped pecans. 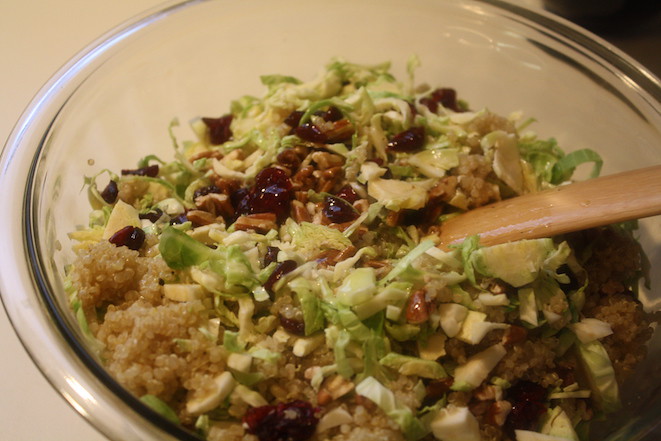 Combine the salad and then add the dressing to the salad. 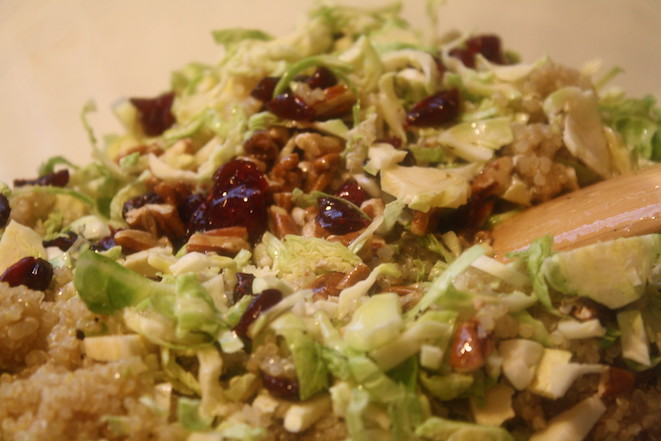 Stir really well until the dressing is mixed throughout the Brussels Sprouts, Cranberry, Quinoa Salad. That’s it! Serve it up right away and store the leftovers in the fridge. Enjoy & happy salad making!!