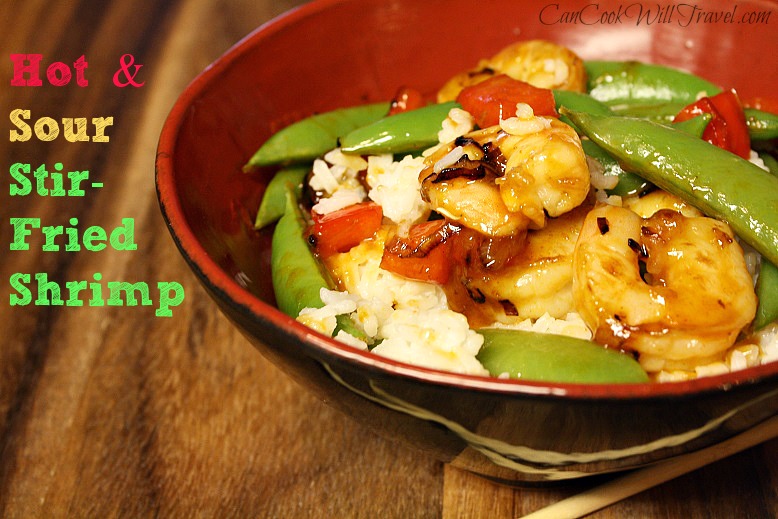 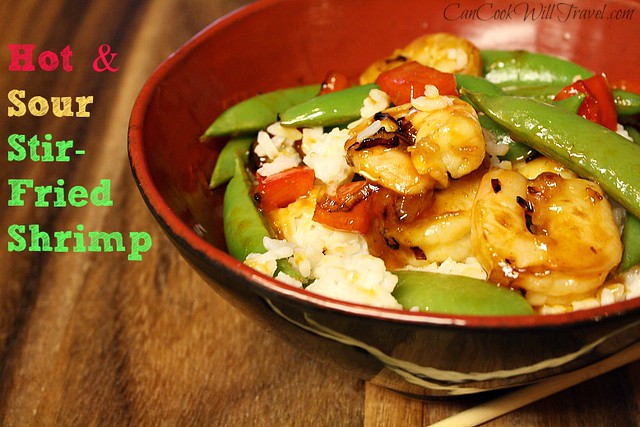 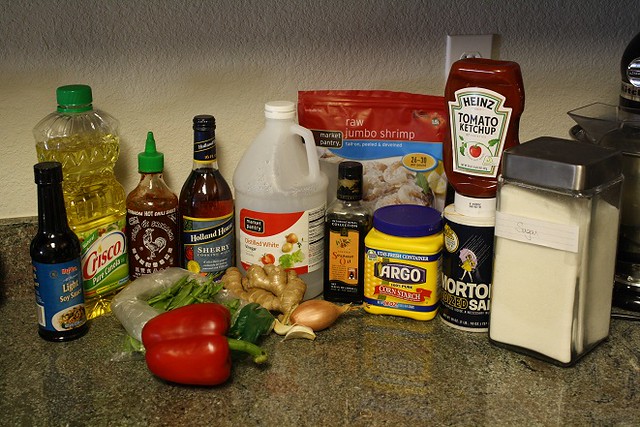 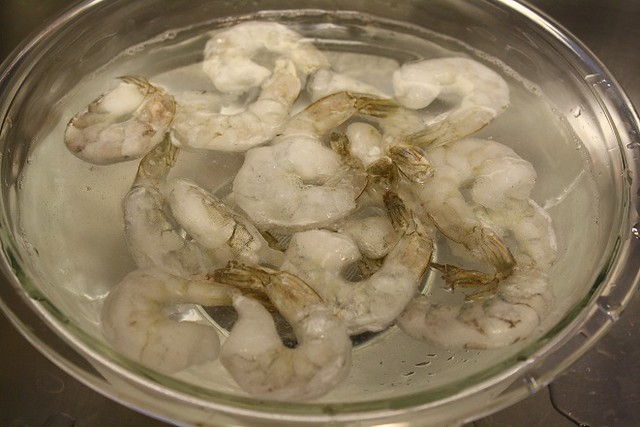 If you are working with frozen shrimp like me, you’ll need to start off with thawing the shrimp. 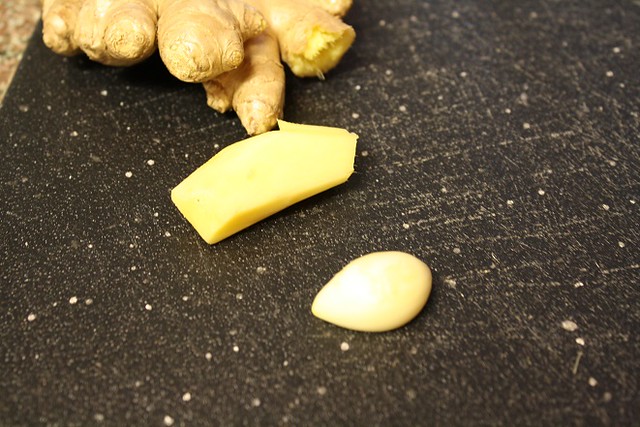 While the shrimp thawed, I prepped the garlic and ginger by removing the peel and skin. 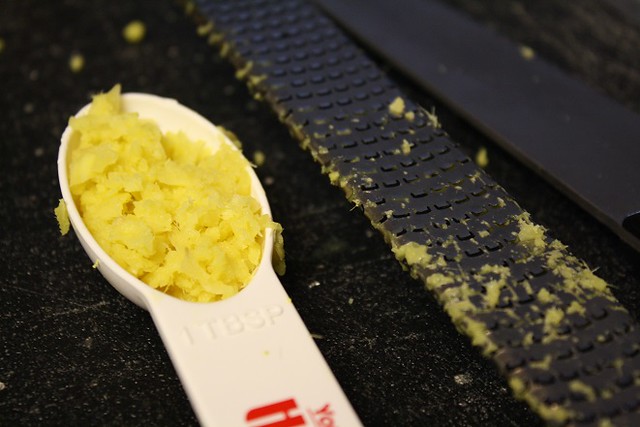 Then I used some elbow grease and minced ginger using my microplane grater until I had about a tablespoon. 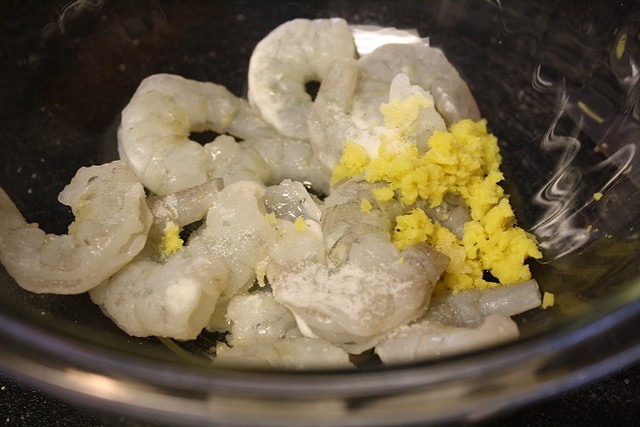 When the shrimp was thawed, I removed the tail and patted each shrimp dry. Then I added a tablespoon of oil, the minced garlic clove, minced ginger, and 1/2 teaspoon of table salt… 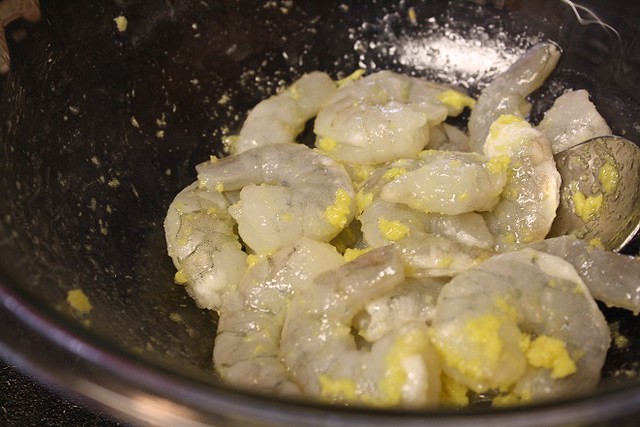 …and combined the mixture. Then set the shrimp aside to marinate at room temperature for 30 minutes. 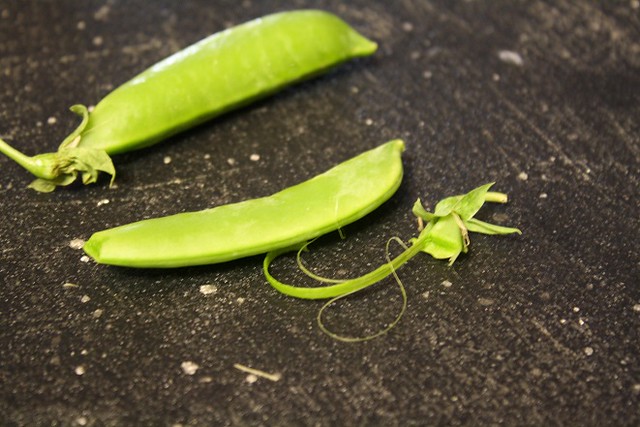 While the shrimp marinates, you can start cooking some rice if you need to for serving. Then I removed the stems and strings from all of the sugar snap peas. 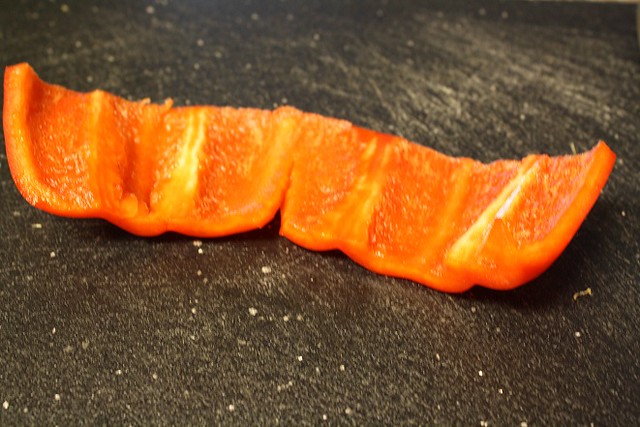 Then I moved to the red pepper. I cut off the top and bottom of the pepper and then removed the seeds and ribs. 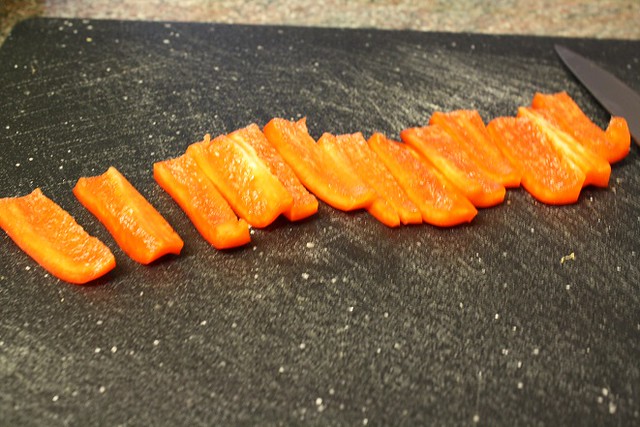 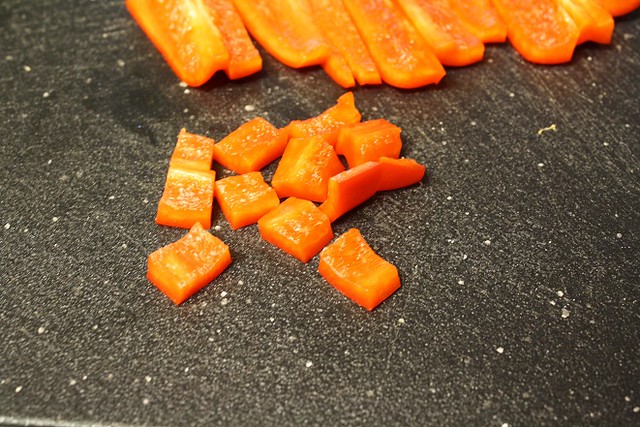 And then dice each pepper slice into equal-sized pieces. 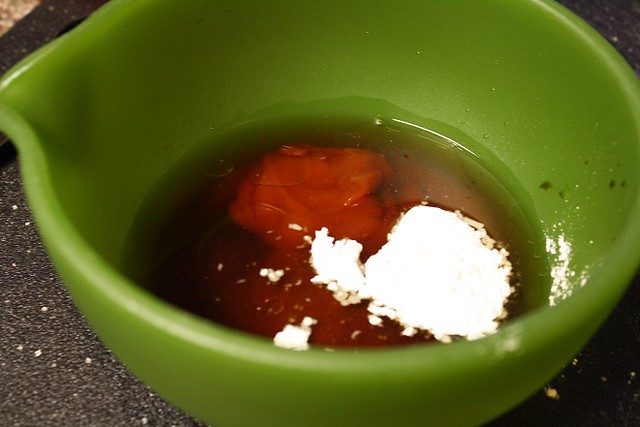 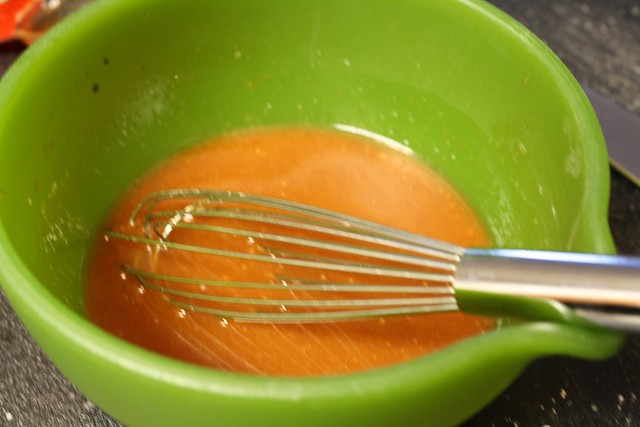 Whisk up the sauce really well and set it aside. 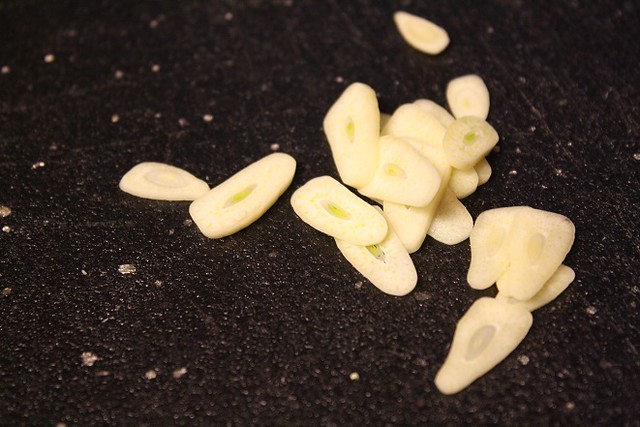 Thinly slice one clove of garlic. 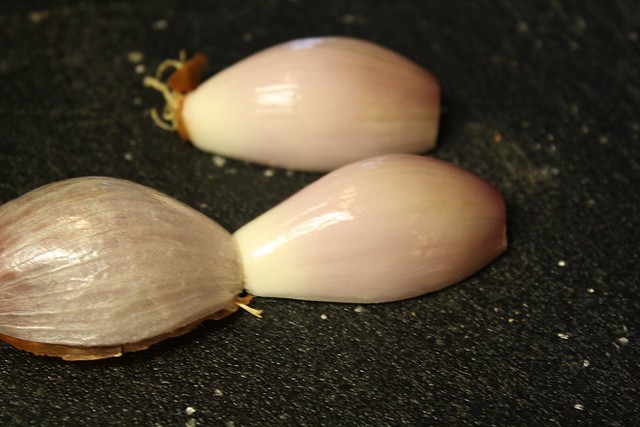 Cut the shallot in half and remove the peel. If you pull the peel backwards, it makes for a great handle while slicing. 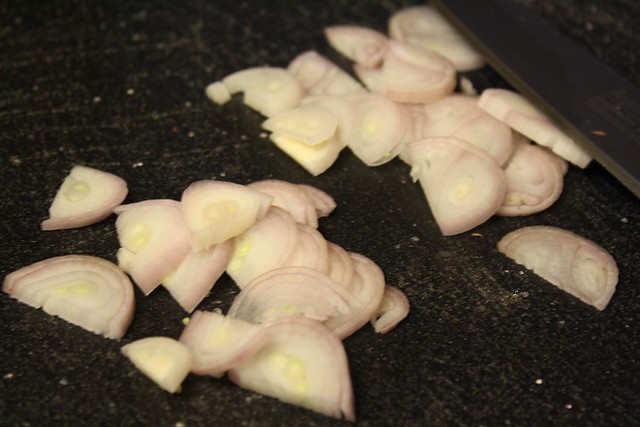 Then thinly slice the shallot. 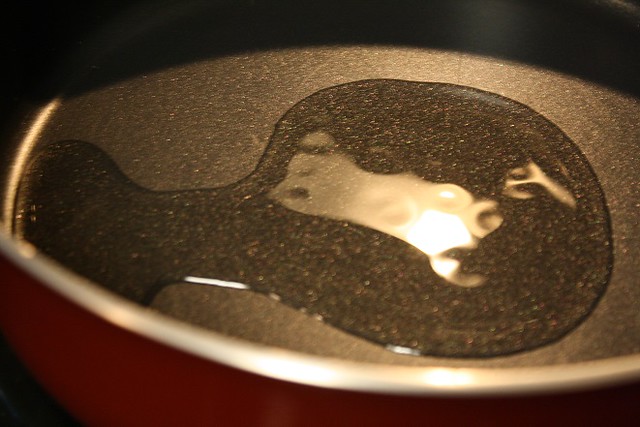 Add 1 tablespoon of oil to a non-stick skillet and heat it over high heat. 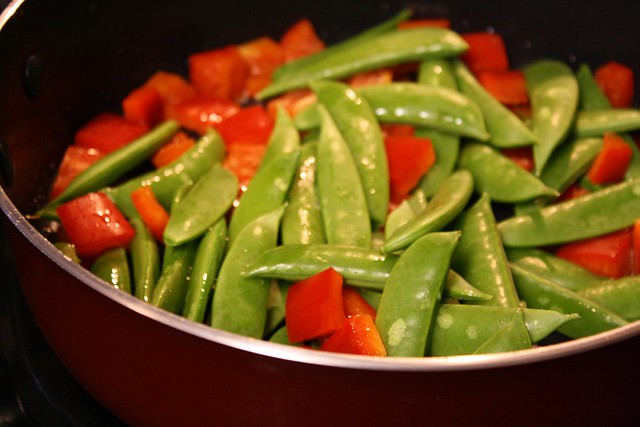 Once the oil is nearly smoking, add in the peas and red peppers. Stir pretty frequently for about a minute to a minute and a half. 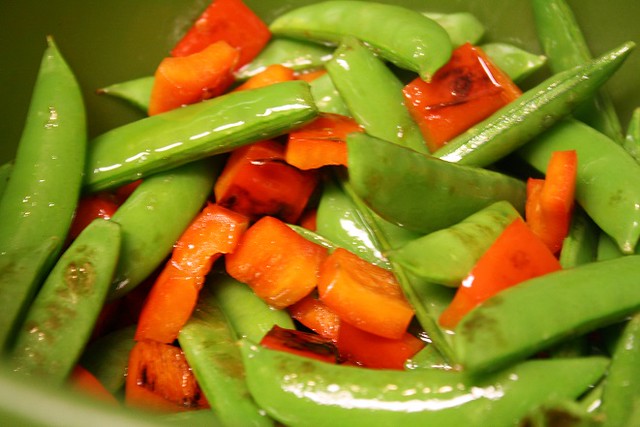 When the veggies are nicely browned remove them from the pan and set aside. 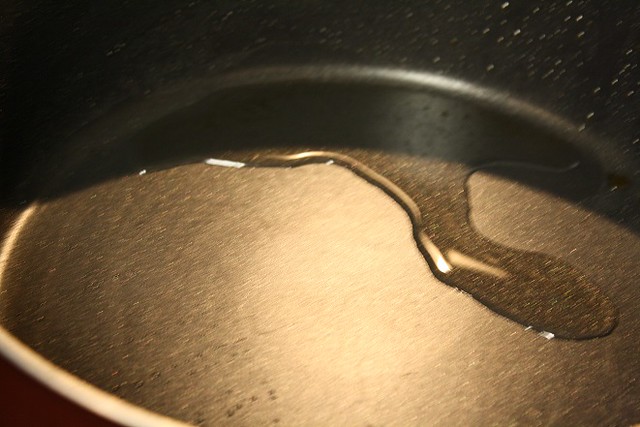 Then add the final tablespoon of oil to the hot pan. 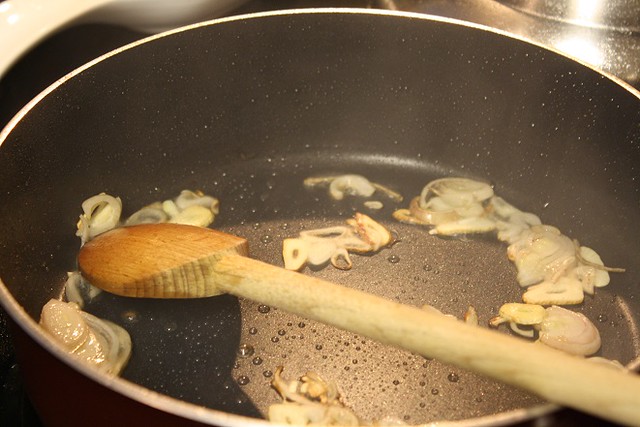 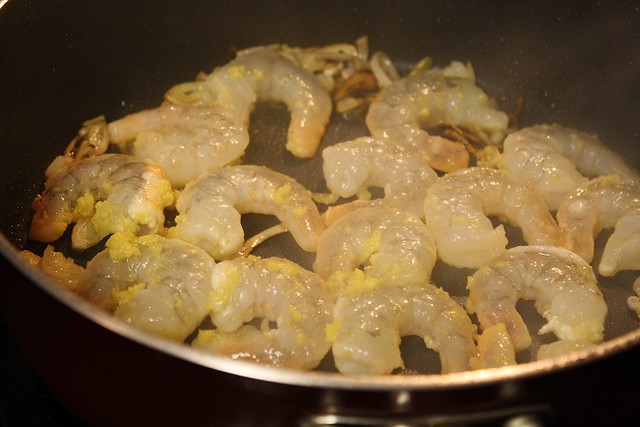 Add the shrimp mixture to the pan and reduce the heat to a medium-low setting. Cook for about 1 1/2 to 2 minutes, flipping the shrimp so that it’s pink on each side. 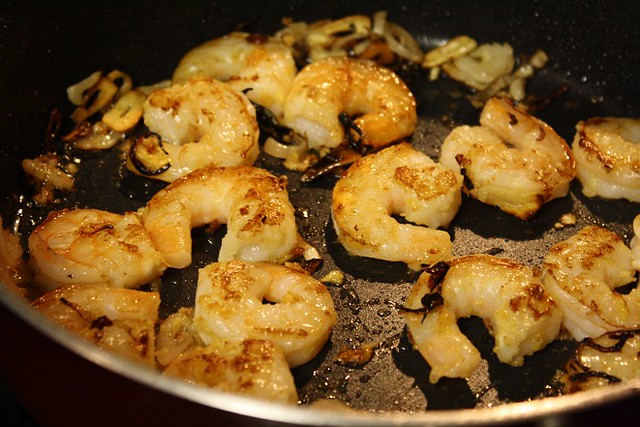 Here are all of the yummy, cooked shrimp! 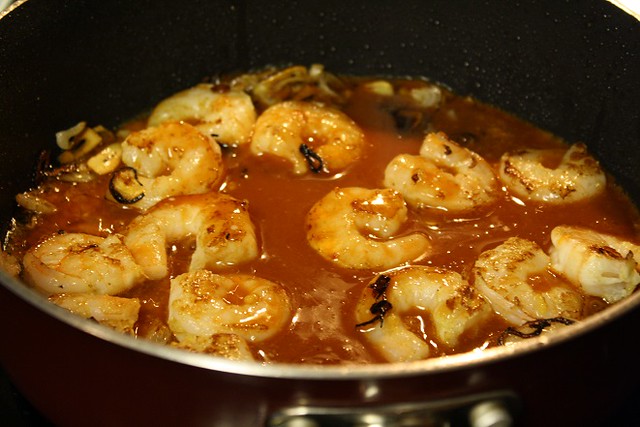 Whisk up the sauce and add it to the shrimp. Increase the heat to high and stir constantly. 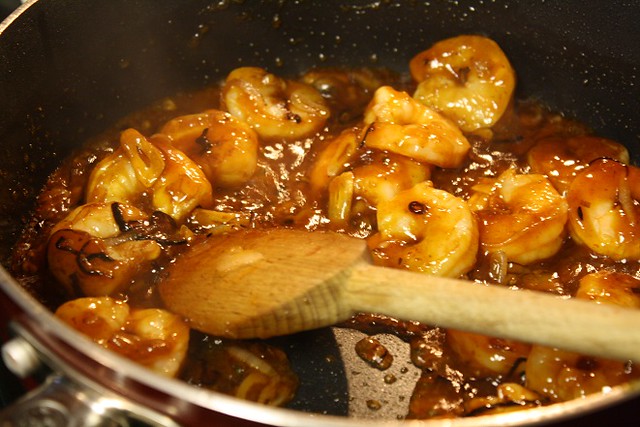 After about a minute or two the sauce is nice and thick and we’re almost done. 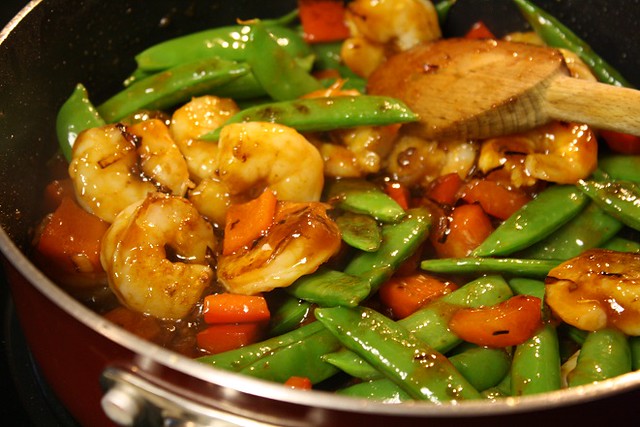 Add the peas and red peppers back to the pan and toss everything together so that all of the shrimp and veggies are well coated. Then it’s time to serve up this amazing dish over some white rice. I’m telling you this was simply fabulous. Can’t wait for you to try this dish!! Happy stir-frying!!

Preparation Instructions:
1. Begin by marinating your shrimp by adding the shrimp, ginger, a tablespoon of vegetable oil, a clove of minced garlic and salt to a bowl and combining well. Set the bowl aside so the shrimp can marinate at room temperature for 30 minutes.

2. Prep all of your vegetables while the shrimp marinates. You can also make the hot and sour sauce by combining the soy sauce, sugar, white vinegar, chili-garlic sauce, sherry, toasted sesame oil, ketchup, and corn starch in a small bowl and whisking it until all of the cornstarch is dissolved.

3. In a separate bowl combine the sliced clove of garlic and sliced shallot, so that it’s ready for cook time.

4. Once the shrimp has marinated, grab a large, non-stick skillet and heat it over high heat and add a tablespoon of oil. Once the oil is almost smoking, add the peppers and snow pears and stir pretty frequently for about 1 1/2 to 2 minutes. You’re looking for the vegetables to start to brown and almost blister on the outside. Remove the vegetables from the pan and set aside

5. Add another tablespoon of oil to the hot pan and once the oil is hot add the garlic and shallots and cook for about 30 seconds or until they start to brown. Then add the shrimp to the pan and reduce the heat to a medium-low setting. Keep stirring the shrimp and flip so that they are pink on each side. This should take about a minute or a minute and a half. Then whisk the sauce really well and add it to the pan. Increase the heat to high again and stir constantly. You’ll notice the sauce will get thicker and after a minute or two add the vegetables back to the pan. Toss to get everything coated in the sauce and serve it immediately over some white rice.