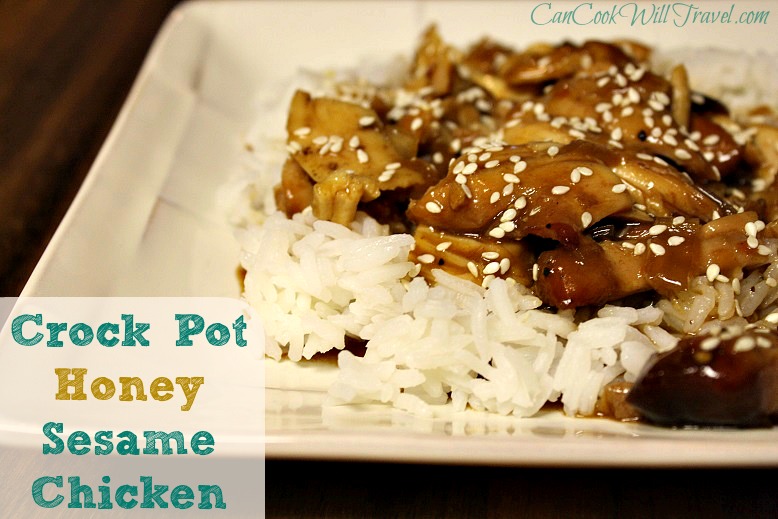 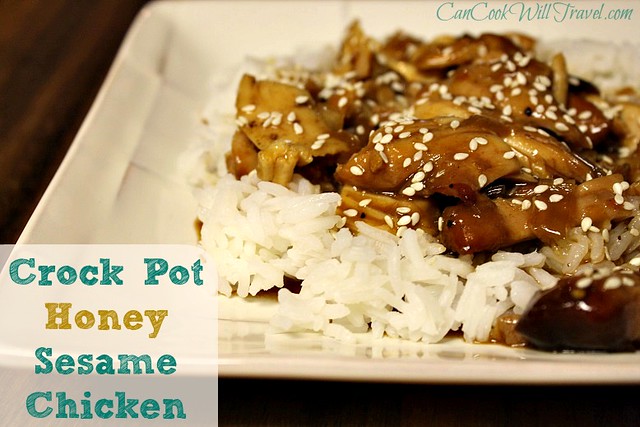 (Recipe can be found on the blog Table For Two here.)
Step by Step Instructions: 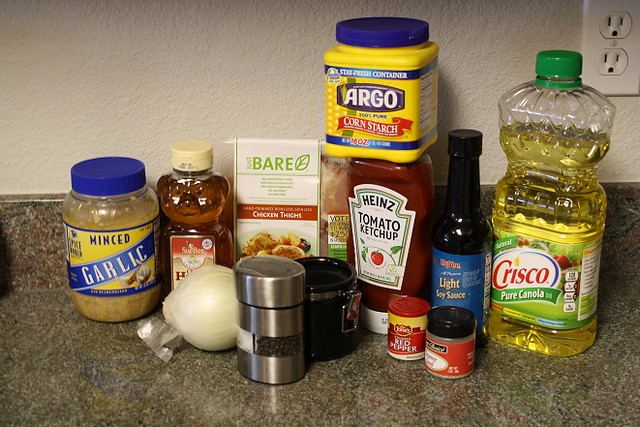 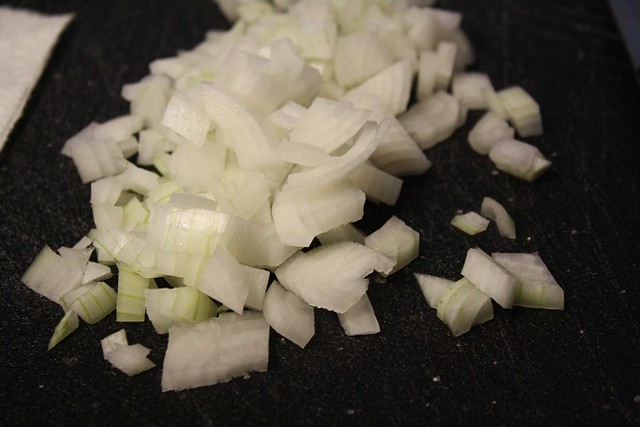 I diced half an onion. I ended up with a bit more than the 1/2 cup the recipe calls for, but I was okay with that, since my chicken thighs were slightly over a pound. 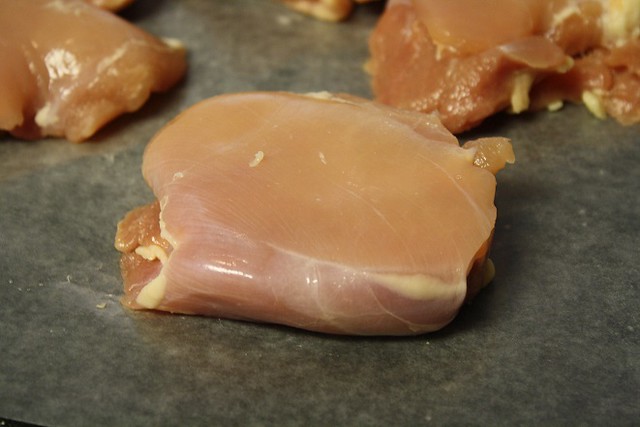 Now it’s time to trim up the chicken. I tried to remove as much fat as I could. 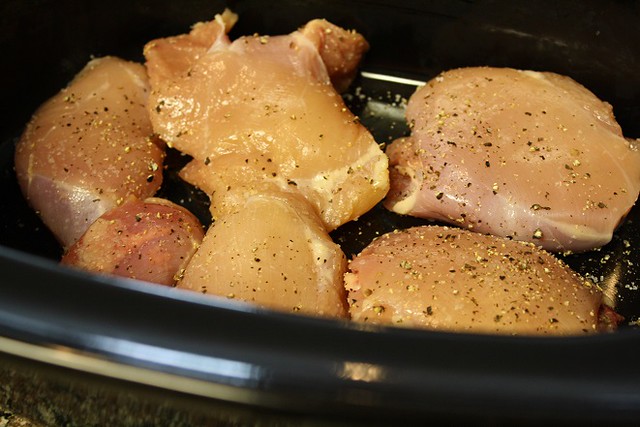 Then I put the chicken on the bottom of the crock pot. I sprinkled salt and pepper over both sides. 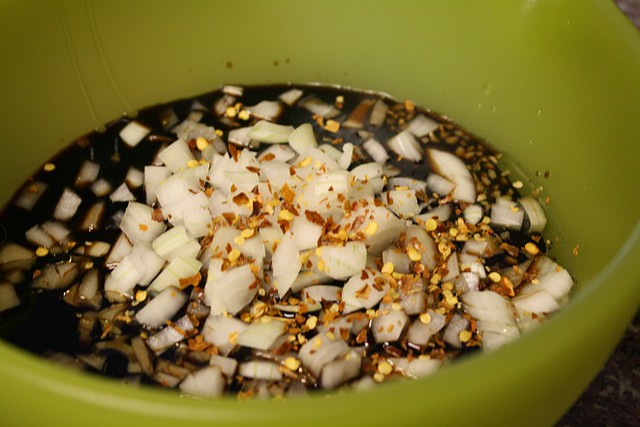 Time for the sauce, which I threw together in 2 minutes. Just add 1 cup of honey, 1/2 cup of soy sauce, 1/4 cup of ketchup, the chopped onions, 2 cloves of minced garlic, 1/4 teaspoon of red pepper flakes, and 2 tablespoons of canola oil to a small bowl. 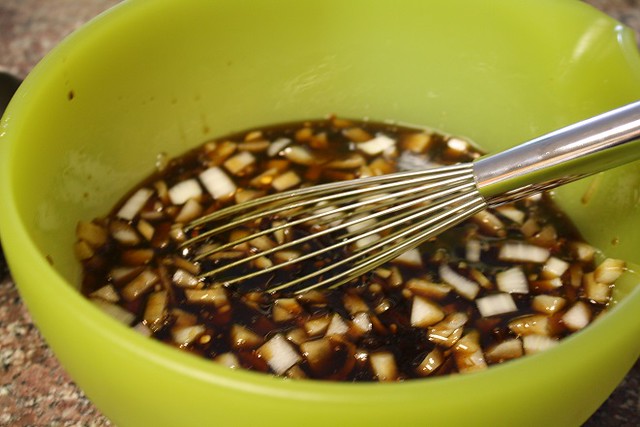 Whisk the sauce together really well so it’s totally combined… 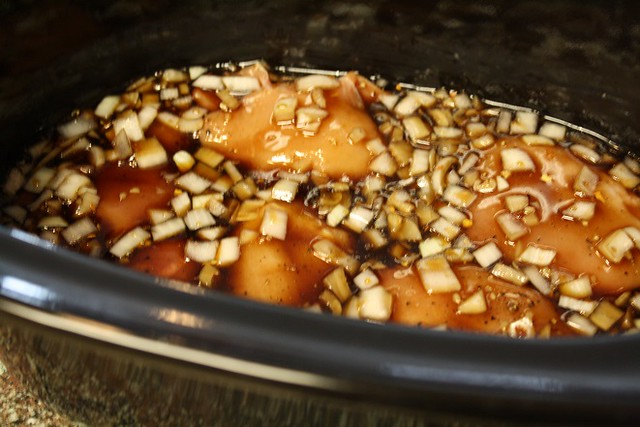 …then pour the sauce over the top of the chicken, making sure that the chicken is covered in sauce. 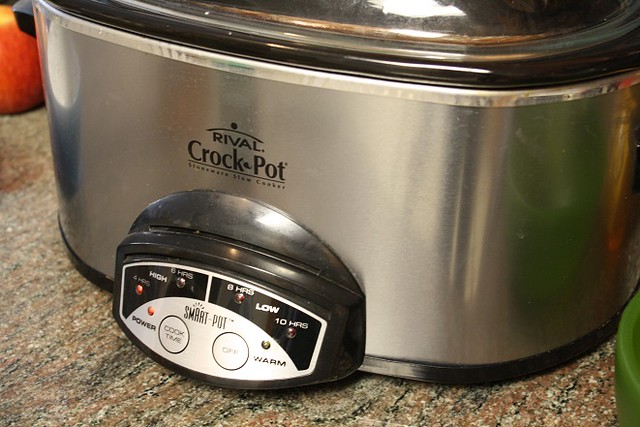 I covered the crock pot and then turned it on High for about an hour and then switched to low for another 2 to 2 1/2 hours. Near the end of the cooking time, I started cooking some rice so I’d have it to eat with the finished chicken. 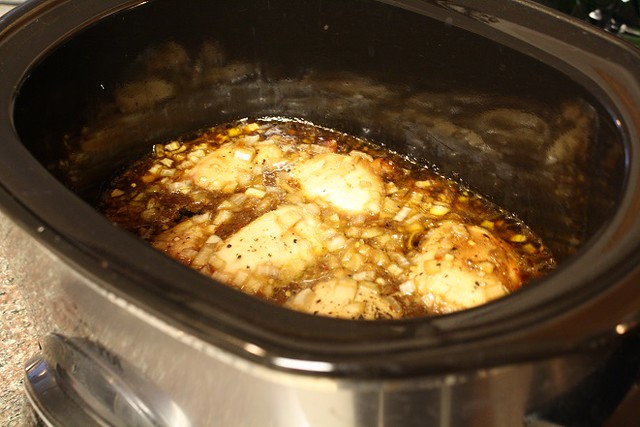 Here’s the mixture after cooking is done. 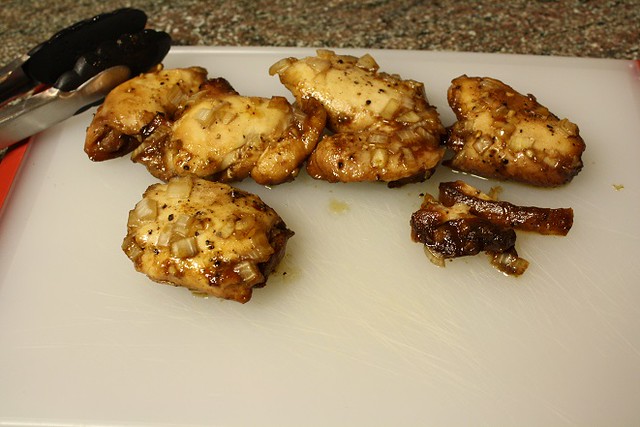 Remove the chicken from the crock pot and place on a cutting board. 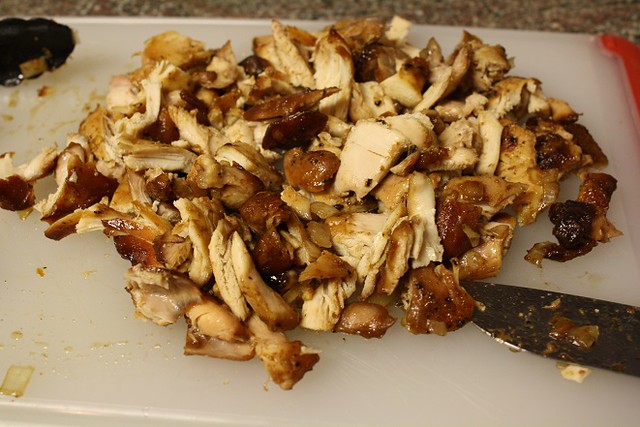 Then cut the chicken into bite-sized pieces. 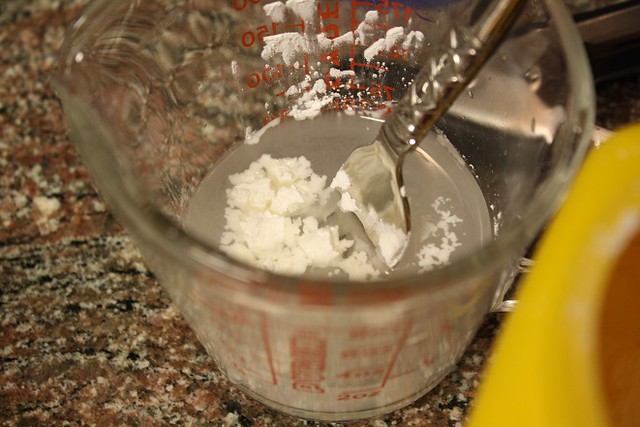 I wish I had exact measurements for you, but I don’t. Just mix some corn starch with water… 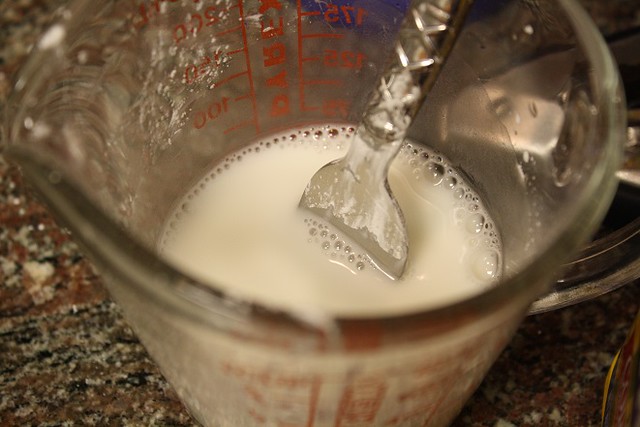 …until the corn starch is dissolved. Then whisk it into the sauce in the crock pot. I did add in more corn starch and water after I whisked and didn’t think it would thicken it up enough. So just let your instincts take over and trust yourself…you got this! 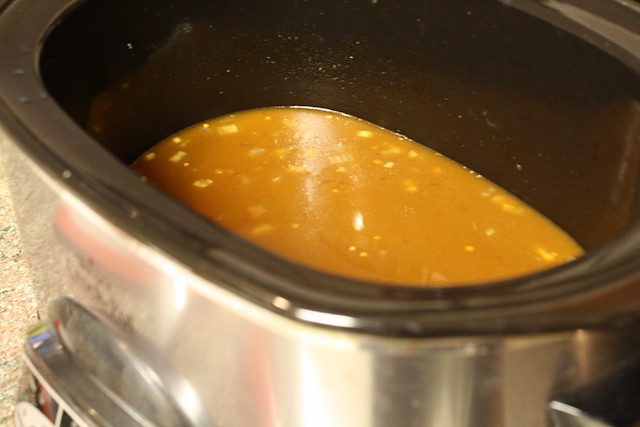 So because the mixture should be boiling after adding the corn starch (per the corn starch container), I kicked the heat back to high and covered it for about 5 minutes then gave it a good whisk and the sauce had thickened enough for me. 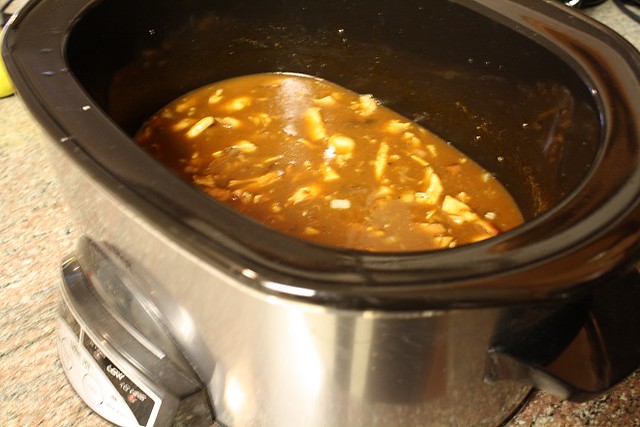 Add the chicken back in to the crock pot and stir it together so it gets coated in sauce again. Then it’s time to eat! Serve the chicken over a bed of cooked white rice and enjoy!! Happy crock potting!

Preparation Instructions:
1. Begin my prepping your veggies and by trimming the boneless chicken.

2. In your crock pot, place the the chicken thighs on the bottom of the insert. Then season each side with salt and pepper.

3. Time to mix up the sauce. Add the honey, soy sauce, ketchup, oil, garlic, diced onion, and red pepper flakes to a bowl and whisk to combine well. Then pour the sauce over the chicken thighs so the thighs are covered.

6. Serve the chicken over hot white rice and sprinkle some sesame seeds over the top and enjoy!