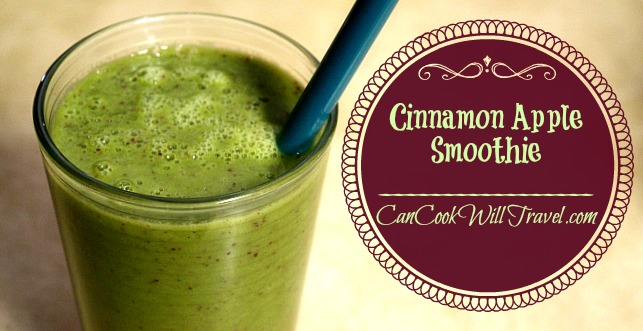 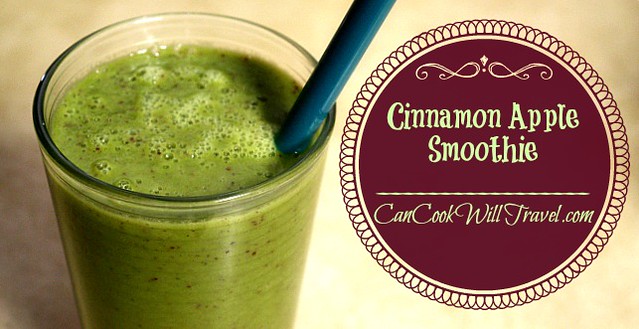 (Recipe can be found on the site The Gracious Pantry here.)
Step by Step Instructions: 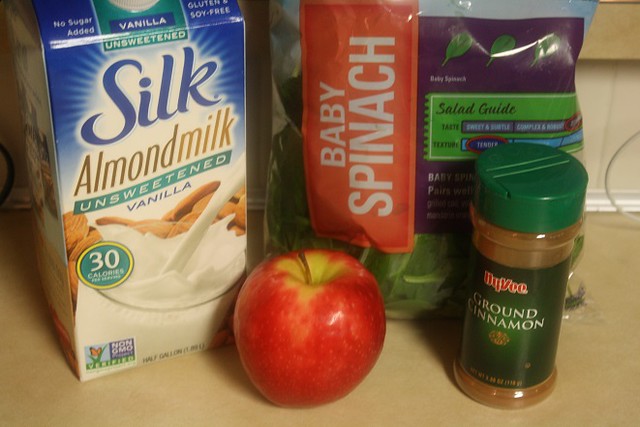 Grab your blender and get ready for this Cinnamon Apple Smoothie…here’s what you’ll need: Almond Milk, Raw Spinach, 1 Apple (Pink Lady for me), and Cinnamon. 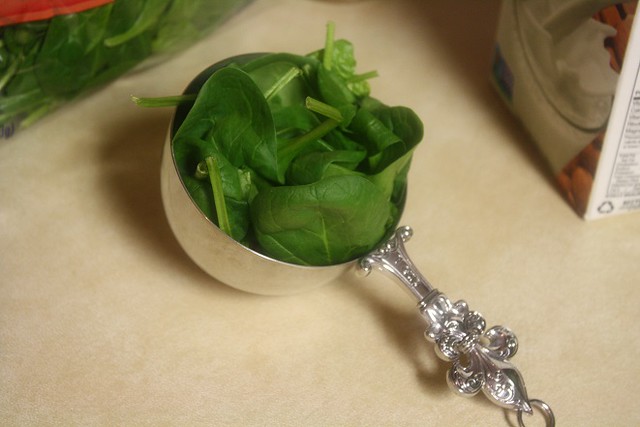 Start off by measure about a cup of spinach. Just pack it in the measuring cup but don’t go too crazy. 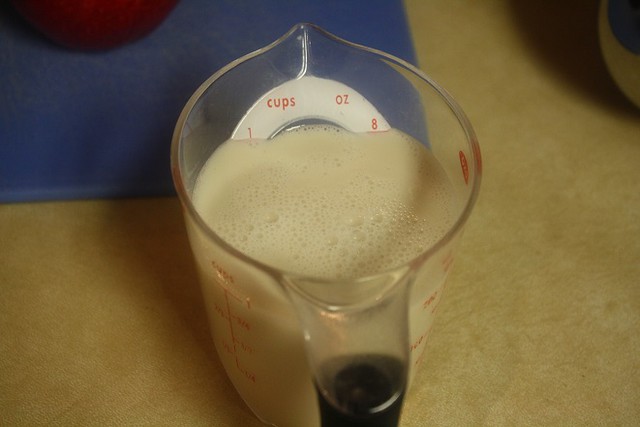 Next measure out a cup of almond milk. 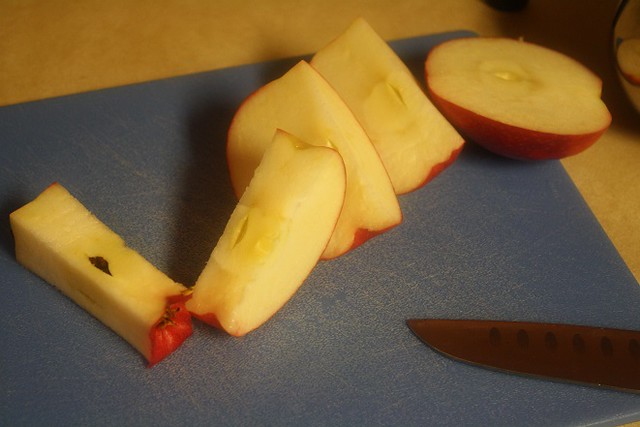 The last thing to do is cut up the apple so it doesn’t turn brown. Just grab a knife and cut around the core and toss it, then cut the apple into chunks. 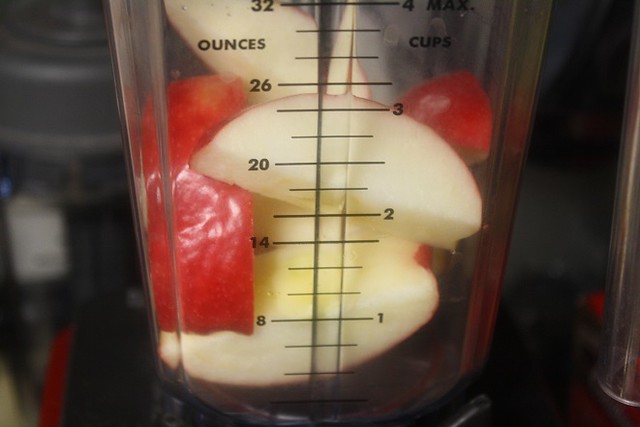 Add the apple to the blender. 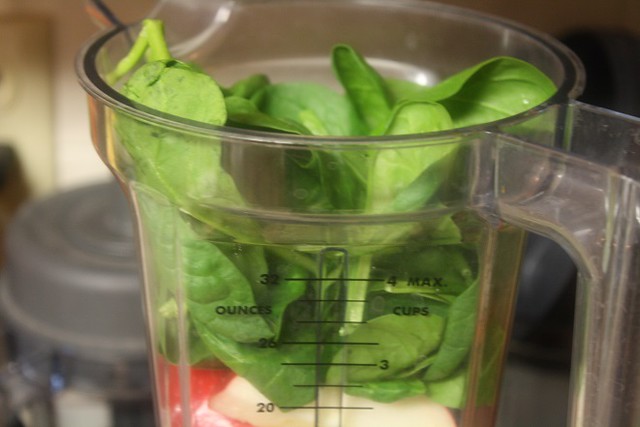 Throw in the cup of spinach. 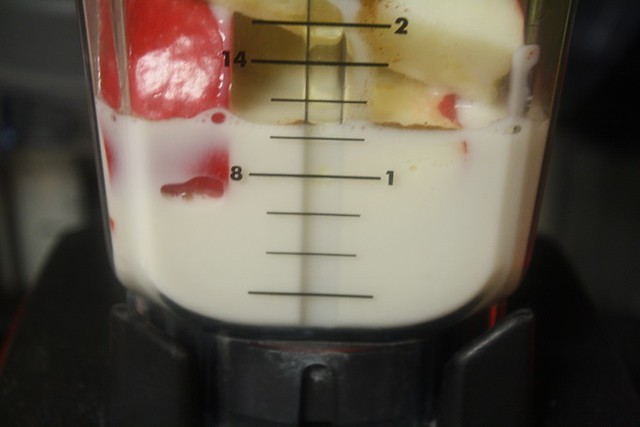 Pour in the cup of milk. 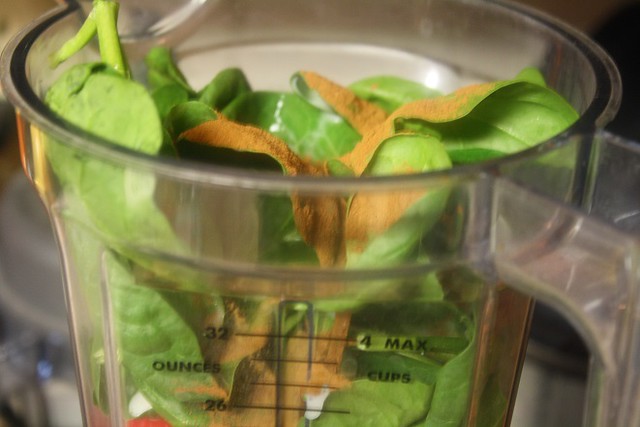 Finally add 1/2 teaspoon of cinnamon to the blender. 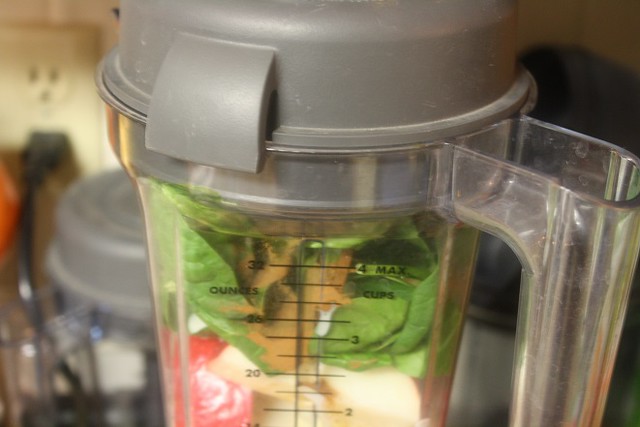 Pop on the lid. 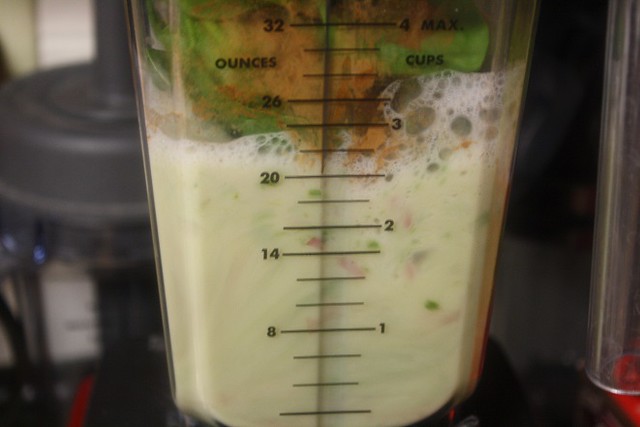 Begin blending the ingredients and slowly increase the speed. 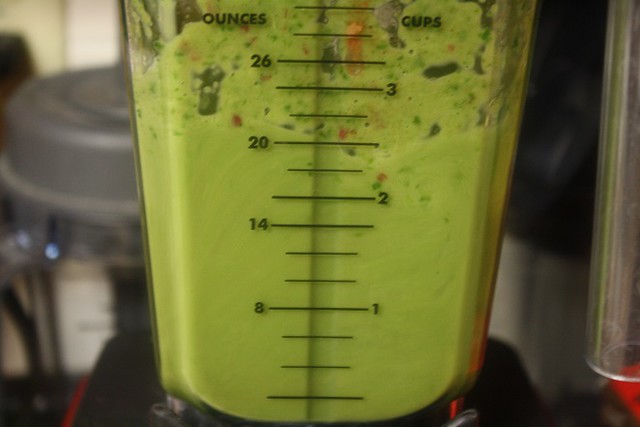 At this point, you really just want to blend the crap out of your smoothie so that you don’t have that overall apple texture. Serve it up immediately!

Preparation Instructions:
1. In your blender add all 4 ingredients.

2. Place the lid over the blender container and blend until completely combined.